The 30th Sasha Festival took place in Stratford-upon-Avon, England (the birthplace of William Shakespeare, steeped in culture and history and home to the newly refurbished Royal Shakespeare Theatre). 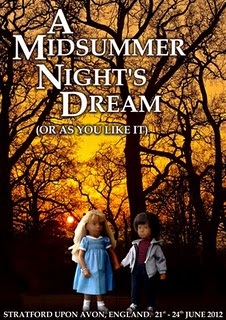 Hosted by Dawn Law,  the theme was a suitably Shakespearean one “A Midsummer Night’s Dream.”

On entering the Grovenor Hotel you come face to face with this truly magnificent Shakespearian Display by Rosie Shortell of her interpretation of a Midsummer Night’s Dream.

The photos below don’t really do it the justice that it deserves as the materials that she has used are simply equiste. (I had Rosie’s permission to open the show case doors to not have the wooden support pieces down the centre cut viewing of the display in half and to stop any of the glass reflections.) 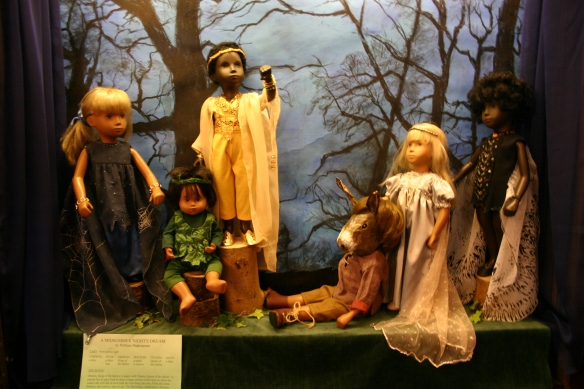 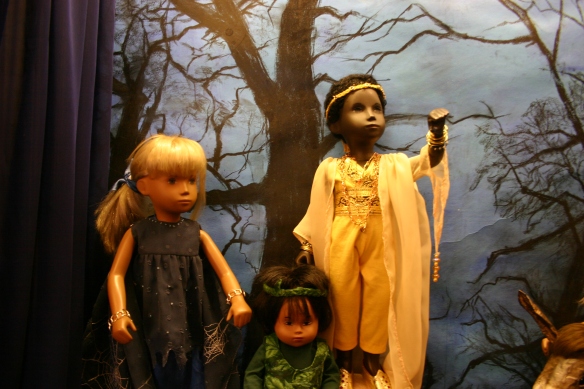 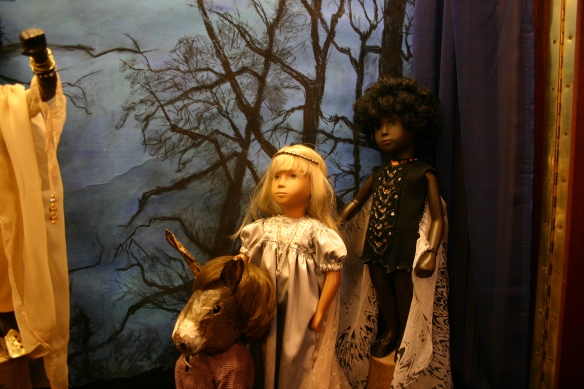 I was so looking forward to seeing the Dress a Sasha Competition entries but unfortunately by the time I had arrived there on the Friday lunchtime they had all but these hree been removed (but Dawn very kindly took her Guard from Buckingham Palace out of her tote bag for us to photograph.)

Below is Ruth Hartley’s Little Polly Cinders entry. There was a little light that lit the fire coals up. 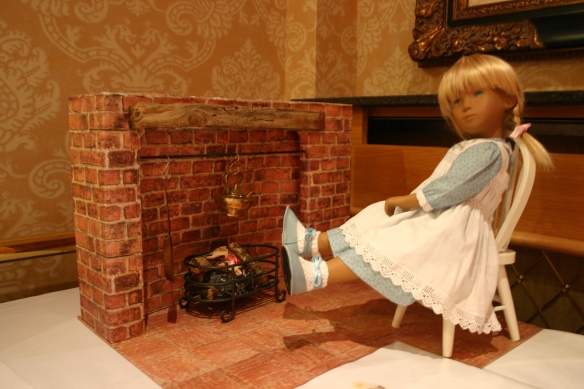 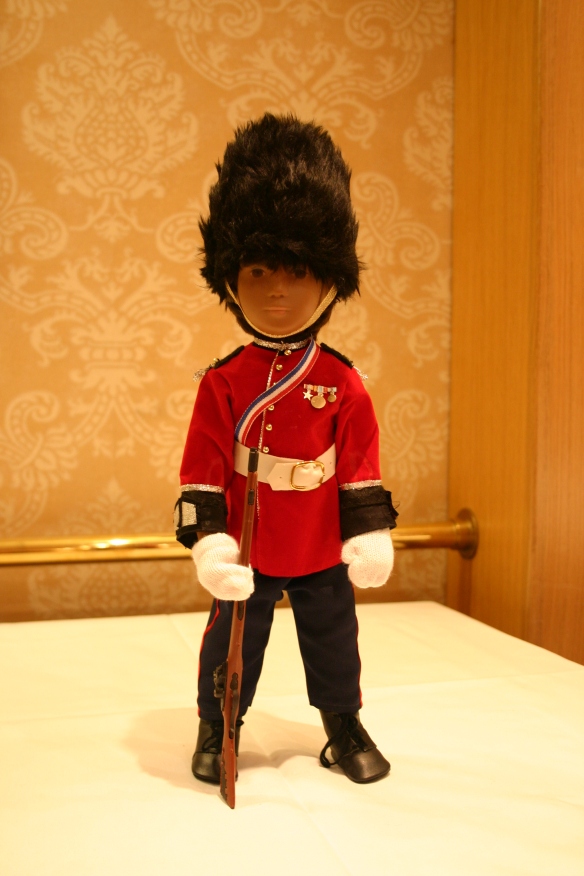 This is a replica of Anne Boleyn, Henry VII’s second wife in the UK Royal Family category. 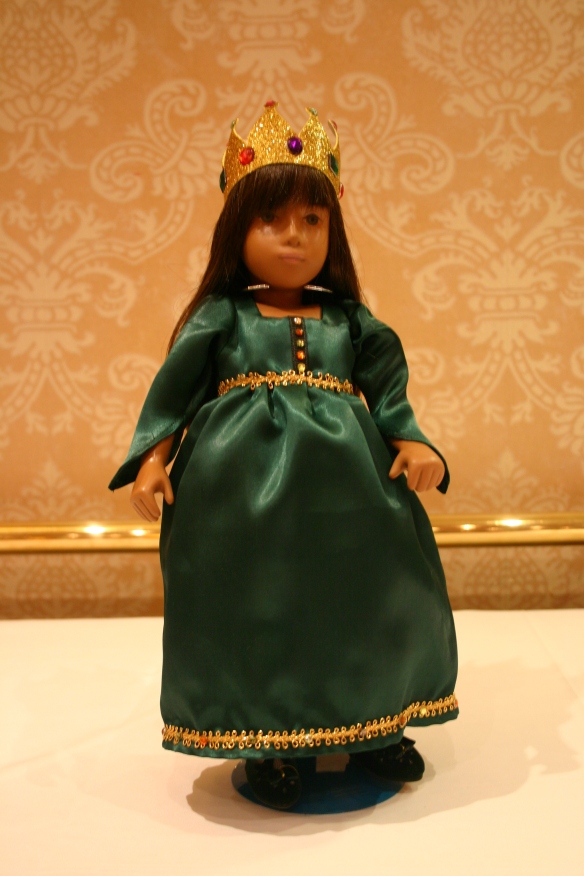 Also in the reception area was this very detailed Sasha baby Nursery display put together by Dawn herself and encased in this special glass cabinit made and then finally erected there by her husband. You need to take time to really look at these beautifully collected  together items for over two years. Delightfully represents a real everyday nursery.. 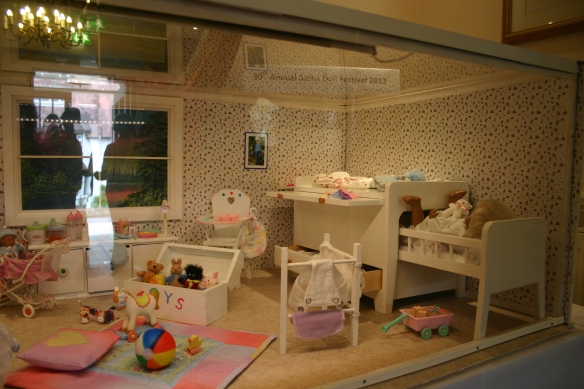 I’m sure that this will become a family heirloon in Dawn’s family. 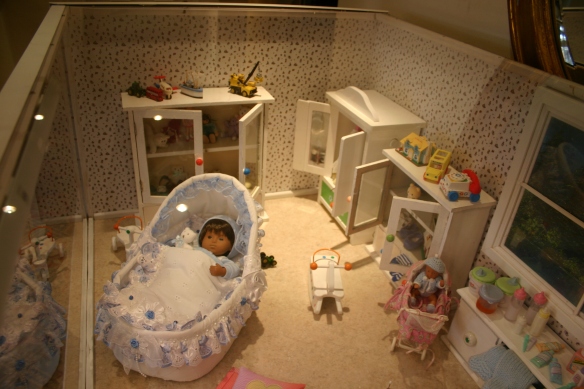 One of the smaller children there asked how it opened so that she could have a play. I don’t blame her as it was so templing! 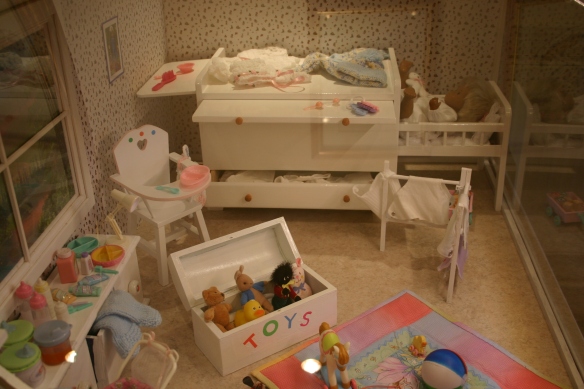 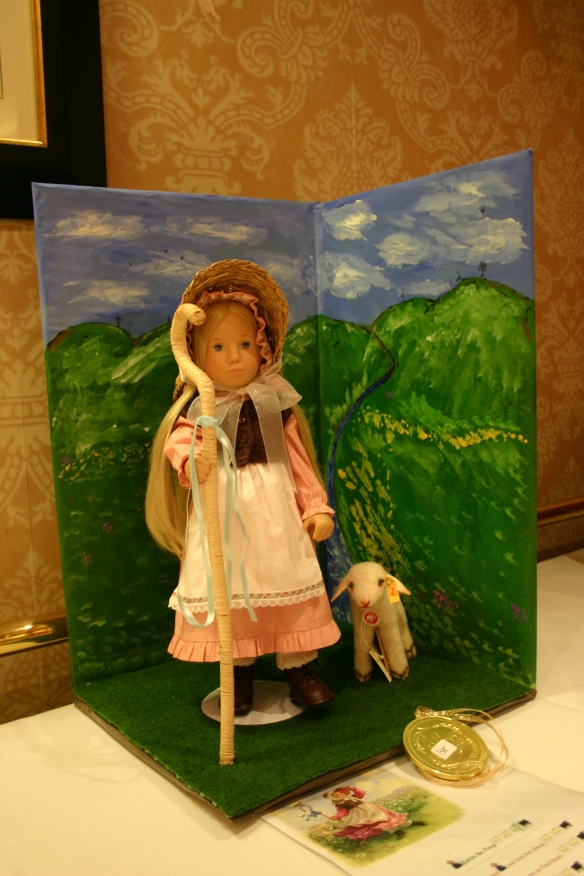